The Hull Stingrays Ice Hockey Club was established in April 2003 and took their place in the British National League for the 2003/4 season.

The initial challenge for the club was to re-establish the belief that the Hull Arena could host a team playing professional hockey at all, following a previous history of failed attempts, some valiant and some best forgotten.

Unfortunately the damage to the sport's credibility in the city was a burden that was not easily shaken off and some of the fans stayed away waiting for what they thought was the inevitable to happen. But the ownership were true to their word and a season was completed without any of the previous crises that had become common place. Stability was established and although success on the ice proved more elusive, as Rick Strachan said at the time "The bus is moving in the right direction."

The team had very much an Eastern European feel to it and was captained by local idol, Stephen Johnson, tempted back from a threatened retirement for one last season. Alongside him the Ukrainian contingent included a guy who made a huge impact for his never say die attitude and innovative use of the six words of English that he had mastered, fans favourite Evgeny Alipov - 'Big Al'.

So the foundation was in place and with the first objective of stability secured and confidence building, the club entered the next season in the BNL keen to apply the lessons learnt and to start to climb the ratings. Although still very much having to keep a close eye on the purse strings, the squad had a much stronger feel to it when the first puck dropped on the 2004/5 campaign.

Coach Strachan brought in Scott Wray, Jeff Glowa, Craig Minard and Ladislav Kudrna in nets to join Alipov, Nikolaev, Burgess, Gomenyuk as his eight import contingent and with a strong British content including Slava Koulikov, and the Phillips brothers, hopes were high.

A 'top four finish' was predicted by the coach but this turned out not to be ambitious enough. Stingrays were overtaken for second place in the last fortnight by Guildford and Newcastle, the team made the Winter Cup semi-finals and gained a play-off place.

Amazingly it could have been even better had star defenceman Minard decided not to quit the club in November leaving a young British defence to be marshalled by Gomenyuk. Another blow followed when free-scoring Scott Wray had to return home for personal reasons.

Not surprisingly the replacements proved not to be as effective and the team's form suffered.

That season was memorable for the 'crossover' competition that pitched the British National League teams against their bigger spending, import heavy neighbours in the Elite League.

Widely expected to provide one sided games, the reality was a little different and most of the games provided sporting contests worthy of the name.

Although the Stingrays had to endure a couple of bad losses during this competition they also achieved memorable victories over Coventry, London and Sheffield at home, and also took the points off Cardiff on the road.

Goalie Kudrna was often the hero and his performances gained him a place, with Gomenyuk on the BNL All-star team.

The crossover competition was planned to be a potential pre-cursor to a closer relationship between the two leagues but, in fact, the reality was far from that - 2004/5 season proved to be the last for the British National League.

The Newcastle Vipers and the Edinburgh Capitals decided that their futures would be more secure in the Elite League leaving the remaining five clubs having to consider their own futures.

The English clubs made the decision they had to drop to the four import English Premier League whilst the two remaining Scottish clubs, Dundee and Fife were left with no alternative than to build their business in the SNL.

For the Stingrays one of the issues was that the EPL was broadly a Southern /South Midlands competition and the import players have to play in this country without a work permit.

So the Stingrays embarked on what was the only viable option and a team was put together which we thought could be effective in that league. But with the work permit regulations ruling out re-engaging any of the Ukrainian core of the previous team, the recruitment was going to be key.

The season proved to be a tough one and although the club gained a cup-final spot after a memorable 16 shot penalty shoot out victory over the Guildford Flames the club failed to pick up the silverware after being edged out by Bracknell.

A young British contingent struggled against some of the more experienced and mature squads and the mid-table slot felt an under achievement following the previous years progress.

At the end of the campaign, the club directors had to decide if the future of the club would thrive in the English Premier League and prompted by the feedback obtained from sponsors, fans and the other stakeholders it was decided to make a bid to join the Elite League.

After careful consideration by both parties the club took it's place at the Elite League table and began to build for the future in competition with the biggest and best clubs in the country.

In the first four years of it's life, the club was in the unique position of competing in all three of the country's senior leagues and it is a major achievement that Hull hockey has moved on and can now provide the supporter with a view of the best Ice Hockey teams and the best players in the land.

Next season sees the club start the third consecutive season in the same league for the first time in it's history trying to go better that the two cup semi-final appearances that it has achieved thus far.

In 2007 Lifetime Sports Ltd, the Hull Stingrays parent company established itself as a Community Interest Company. This means that it is a non-profit making organisation dedicated to providing services and facilities to the community in which it operates, that being, Hull, Humberside and the East Riding.

After a period of uncertainty, the Stingrays position in the Elite League was secured with an eleventh hour change of ownership. New owners Mike Cowley, Andy Buxton, Paul Thompson and James Pease organized a management team to restructure the club and implemented changes to secure the future of the Hull Stingrays 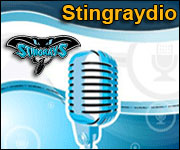 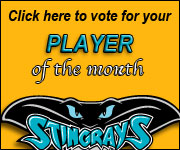 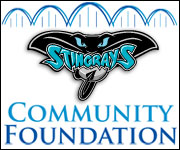